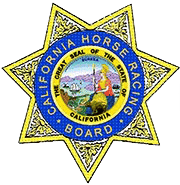 According to a story written by John Cherwa, as a special contributor to The Los Angeles Times, the California Horse Racing Board’s equine medical director is now “suspected” by another agency in the state of California, the Veterinary Medical Board.

In the story, Cherwa explains in detail how Dr. Jeff Blea – who happens to be in charge of the investigation into the death of Kentucky Derby winner Medina Spirit – was served with a 27-page “charge”. by the State Veterinary Medical Council. .

This document was served on Blea on December 17 and, according to Cherwa, alleges that the medical director violated several state regulations in the year leading up to his appointment as equine medical director on July 1.

“The investigation began in February after VMB received an anonymous advice that Blea and other vets prescribed and gave medication without examination or medical necessity. Veterinarians Vince Baker and Sarah Graybill Jones have also received complaints. Among the drugs cited in Blea’s complaint was thyroxine, a thyroid hormone supplement that has been controversial for use in horses. CHRB was not aware of VMB’s investigation into Blea.

“The press box” confirmed that an emergency hearing was scheduled for Friday to determine whether Blea’s license should be temporarily suspended. There is nothing in the law that says the California Equine Medical Director must have a veterinary license.

According to Cherwa, Blea declined to comment on the “charges” or the investigation.

“I have known and worked with Dr Blea for over 20 years, and during that time I have never met a veterinarian so dedicated to the care of horses,” said Chaney. “From my perspective, he has always displayed high ethical standards. In short, he has dedicated his life to the protection and promotion of animal welfare. I look forward to Dr. Blea continuing to serve CHRB and the horse racing industry during the formal procedural phase of this matter. “

According to Cherwa’s article, the complaint alleges eight grounds for discipline. They are, as stated:

Stay tuned. More is sure to come.