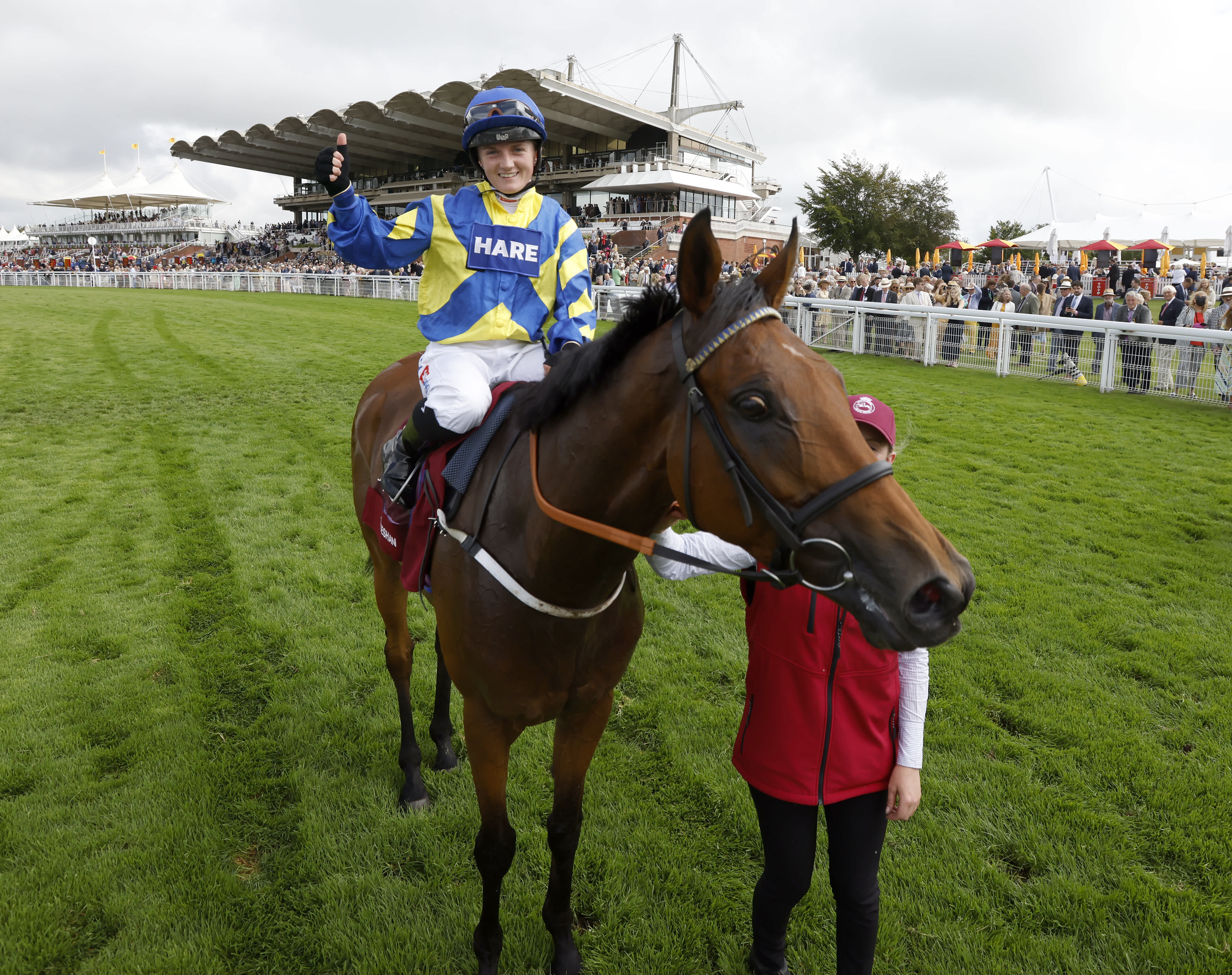 QIPCO British Champions Day truly lives up to the name and the action on Saturday was the best afternoon race I can remember this year.

I’m firmly in Trueshan’s camp in his attempt to hold onto his crown from long distance and possibly with Art Power in the sprint, but the Queen Elizabeth II Stakes keep me spinning and I’ll just be an interested observer.

I have a feeling we might see Sunray Major, which is a short prize for the Balmoral Handicap, in one of those big races in the next term.

This is one of my four Saturday fantasies, starting with:

Looks like he’s ready to win again. The headgear probably got him a little too lively last time around, but it was over a mile and that drop to 7f might be just what he needs.

He was beaten by a fit rival two starts ago and still ran well at Pontefract last time around, although he didn’t last at home on the steeper track. There’s a lot of rhythm inside here and I expect it to be able to travel comfortably before, hopefully, being produced late.

Can register a third win at Catterick for this year and like I said the last time he won here if he breaks well he wins.

It worked the last time I knocked him over and even though he weighs 5 pounds heavier, I’m not really concerned about the climb as he already had good grades in the 80s before.

The militia seem to get along particularly well with Graham Lee, who is back on board. With a quick start, the combination will take some downtime.

This horse is just not a handicapper and I have no doubts that this will be his last race in this category.

He would seem to have everything in his favor to try to call after rushing into a big field here on 7f the last time around. He’s pulled high, which feels like where the pace is likely to be, and certainly didn’t have any issues with loose ground last time around.

He came here cooler than most with two runs, both of which resulted in impressive wins. Sunray Major’s penalty takes him to a 101, but if I like this Kingman half-brother might have at least one stone on his hand.

Ryan Sexton is starting to do a few rides outside and the 5 pounds he claims against other apprentices here could prove invaluable.

Lord Torrenaga showed the last time that he didn’t need to lead to get well. He will be adapted by the increase in the course and provided he does not get into an unnecessary battle for the head I expect him to stay well.

It has reverted to its last winning mark and has recently achieved a higher performance.

Higher risk of serious injury for riding than for soccer, racing or skiing