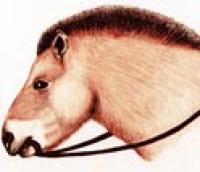 The earliest known domesticated horses were both ridden and milked, according to a new report in the March 6, 2009 edition of the journal Science. The findings of an international team of archaeologists could indicate the very beginnings of the domestication of horses and help explain its early impacts on society.

Researchers at the Carnegie Museum of Natural History, Pittsburgh, Pennsylvania, and the Universities of Exeter and Bristol in the UK, found the evidence in Kazakhstan, the world’s largest landlocked country located in Central Asia. Data collected by archaeologists support the hypothesis that the area rich in horses in the vast semi-arid grassy plains or steppe areas, east of the Ural Mountains in northern Kazakhstan, has largely contributed to the development. of two neighboring cultures, Botai in north-central Kazakhstan and Tersek in the west.

“Having a domesticated animal that could be eaten, milked, ridden, used as a pack animal and potentially for transport would have had a huge impact on any society that has initiated or adopted herds of horses,” said Sandra Olsen, curator of anthropology at Carnegie. Natural History Museum.

Olsen led several archaeological teams that excavated sites in Kazakhstan from 1994 to 2002. His work at the Botai culture sites of Krasnyi Yar in 2000 and Vasilkovka in 2002 was supported by the National Science Foundation. His previous work in the area was supported by National Geographic.

The research team used a variety of techniques to discover that horses provided food and milk, to show that domestic horses differed from wild horses in the same region, and to prove that horses were harnessed and possibly ridden. fourth millennium BC, in Kazakhstan.

Researchers used a new method of analyzing fat-soluble lipid residues found on ancient Botai pottery to find traces of fat in mare’s milk, which concluded that people were initially consuming mare’s milk. of the Copper Age about 5,500 years ago. Mare’s milk is still a staple food in Kazakhstan, where it is usually fermented into a slightly alcoholic drink called “kumis”.

Additionally, examinations of ancient bone remains showed that the horses were similar in shape to the domestic horses of the Bronze Age, but different from the older wild horses of the same region, suggesting that people were selecting wild horses for their purposes. physical attributes, which were exaggerated by breeding.

“It’s quite surprising that the metacarpals of the Tersek and Botai horses differ significantly,” said Olsen. “The Tersek culture and the Botai culture are considered the same culture by many archaeologists – they are only separated by two days on horseback, and they are very similar in terms of material culture. A difference in the size of their horses was something I didn’t expect. “

The team also used a technique to look for “damaged pieces” caused by bridging or hitching the horses. Researchers have found telltale traces of the use of a thong bridle on the space between the teeth of the lower jaw. A thong strap is simply a leather thong draped over this space and tied under the chin, with the back ends serving as reins. The Plains Indians called this a war bridle or a racing bridle and this is probably the type of bridle that was developed first.

“The domestication of horses is known to have been of immense social and economic importance, advancing communications, transportation, food production and warfare,” said lead author of the scientific paper, Alan Outram from Exeter. . He said the results are important because they change “our understanding of how these early companies developed”.

Some comparisons can be made with the culture of the early Plains Indian horse breeders in America, but with some important differences. First, the American Indians did not go through the process of capturing wild horses, taming them and raising them to be better behaved.

Instead, when the horse was reintroduced to North America by Europeans – having evolved in North America, spread to Asia and Europe, before disappearing into the New World around 10,000 years ago – it has been fully domesticated. “The American Indians had the advantage of receiving an animal already selected to be more docile and more controllable,” said Olsen.

“Although the Plains Indians often had to develop their own harness, harness and equipment used for riding, they often saw the bridles and other equipment that the Spaniards and other Europeans had.

“There is no doubt that there are similarities in the plains Indian societies and some Eurasian steppe cultures that relied heavily on the horse, but we must be careful to take this analogy too far,” said Olsen.

The University of Kokshetau in Kazakhstan also participated in this study and additional funding was provided by the Natural Environment Research Council and the British Academy.

Disclaimer: AAAS and EurekAlert! are not responsible for the accuracy of any press releases posted on EurekAlert! by contributing institutions or for the use of any information via the EurekAlert system.