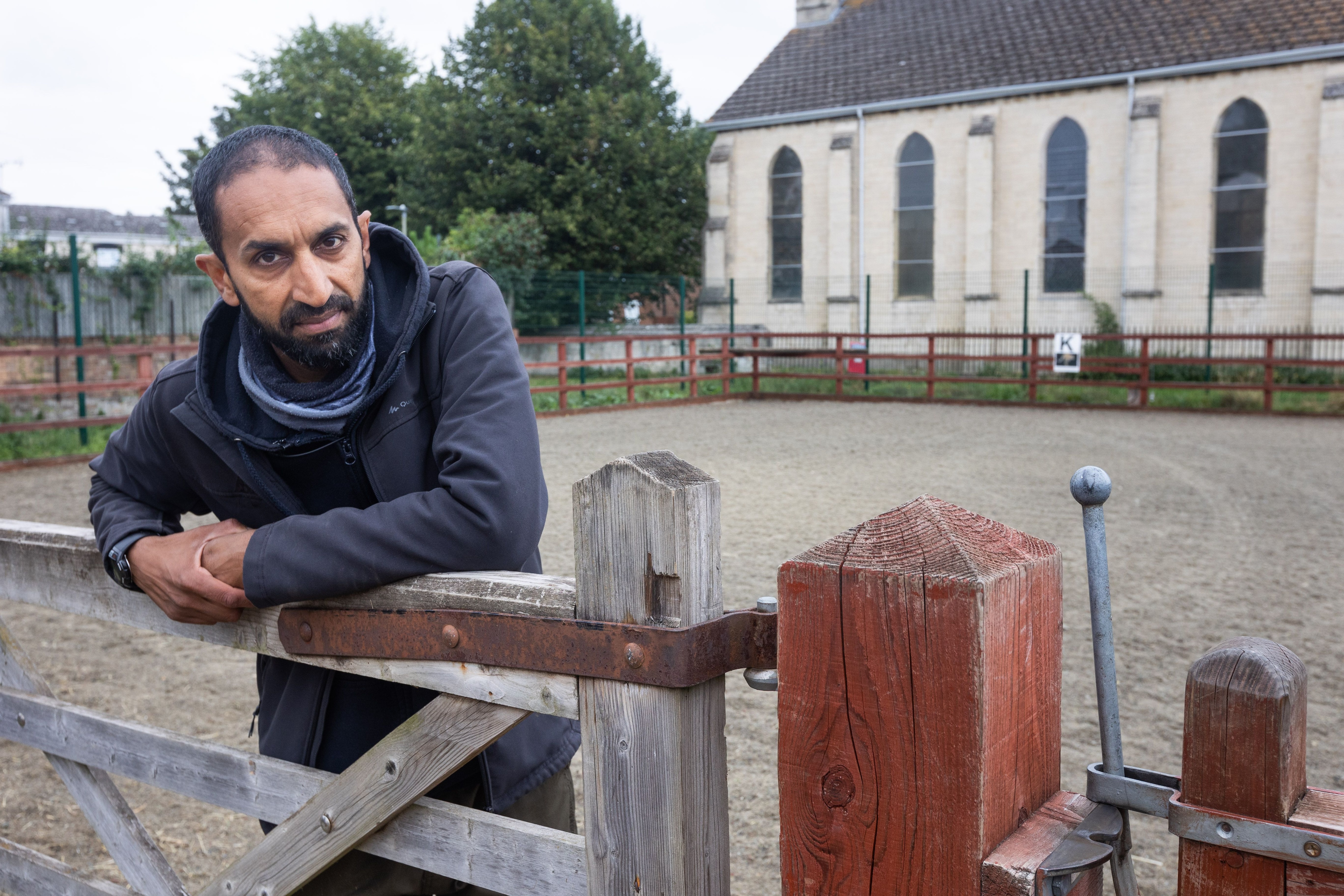 Tucked away in the back alleys of one of the most disadvantaged and ethnically diverse areas of Gloucester, a town of 130,000 people in the west of England, is a small, community-run riding school.

Blink and you would miss it. It is wedged between rows of terraced houses and a large church.

Within a mile radius, 50 languages ​​are spoken. But the only word that everyone understands locally is “hope”. This sense of hope is provided in many ways by an amazing and inspiring man, a devout Muslim by the name of Imran Atcha.

Ten years ago, the 50-year-old established the St James City Farm and Riding School, and against all odds – and the recent pandemic – he is successful, motivated by his faith and belief that horses and exposure to animals and nature can help cure many ailments in society.

He has always loved horses and what they represent; as a child he often dreamed of them. But being from a poor family, he never had a chance to ride until adulthood when he raised £ 500 ($ 693) to buy a share in a horse and learned by himself.

It transformed him as a person and gave him a purpose. Its mission now is to provide opportunities for young children aged 4 to 12 from the predominantly Muslim community who would not otherwise have the chance to learn to ride a horse.

At the root of it all is his desire to educate and reconnect other Muslims with their equine heritage. After all, the Middle East is the birthplace of the thoroughbred.

“I have struggled for many years to enter the horse world, so now my goal is to make it easier for downtown kids to experience horses as possible,” said Atcha.

“I myself am a Muslim and much of my region are third generation Muslim immigrant children who I believe have lost their roots. Children spend hours a day entertaining themselves on the screen; phones and computer games and there is a great disconnect from nature.

“Religiously, when you connect with nature and animals, you connect with God. When children come to horses, they change completely. You see this development and teachers and parents cannot believe it, ”Mr. Atcha said.

He is also keen to teach children about Arab heritage.

“Many have come from rural communities to the city and have lost that connection. Horseback riding has been a big part of our heritage since the earliest times. We were experts; it’s about connecting people and explaining that it’s their culture, ”he says.

“If they knew of their culturally and religiously rich riding history, they would be very proud and interested.

“There are many religious tracts in the Quran on the benefits of horseback riding, many advice from prophetic traditions – peace be upon him – on the kindness of horses. Time spent with horses is not considered a waste.

“There are untold benefits to being with untapped horses and talents in the region waiting to be discovered, and our small charitable project is part of rebirthing this lost heritage, developing our young people and bringing together people. communities from all walks of life at the same time. time.”

Many Muslims in Britain tend to associate horses and racing with gambling and alcohol, which of course are prohibited in the Qur’an, Mr Atcha says.

“I tell them that we are only interested in sport and horse riding. This is what matters. The other problem is that living in a city center nobody really knows how to get involved. When people see someone like me from my background, then the young boy on the road can come.

“There is a lot of talent but you have to discover it. The (racing) industry (in Britain) needs to realize that there is undoubtedly a huge amount of talent hidden in communities like ours.

“Sometimes I see a child riding a convertible on a bicycle in the street. I think this kid has it. He’s got the balance – if we put him on horseback he might be good. Confidence and poise are half the essence of driving.

Slowly but surely it is winning hearts and minds. Several children who learned to ride at his school took part in pony races across the country. They are looked on with great pride by their families to whom Mr. Atcha has provided something they never thought possible.

He only charges £ 2.50 for a starter lesson and £ 5 thereafter. And if families can’t afford it, he finds a way to support them. One or two have found work in the stables.

“The response has been incredible,” Mr. Atcha said. “Even though their child is only sixth out of seven in a race, they are all very happy. It’s like their Olympics. Some of the people we have helped are going through very difficult situations at home. Animals and horseback riding are essential to their lives.

However, Mr. Atcha fell victim to his own success. His program has captured the hearts and minds of people in the community to such an extent that it cannot meet the demand.

He teaches 40 children a week, often working around their commitments to their religious education in the madrassa which takes place after school. He has over 100 children on a waiting list but only has five ponies.

Fundraising is a constant struggle. “We get private donations and support from other organizations, but it’s not enough. For example, the roof of our office where we had a nursery to help raise funds, leaks and we can’t afford to fix it. “

He has a dream and a vision. “If we had the money, we could develop a second stable off-site in the countryside where we could teach more children not only horseback riding but also herding, grooming, animal care.

“There is a huge Middle Eastern influence in British racing. But I’m sure they wouldn’t know about a place like this. But you still live in hope!

For some of his students, it was a life changing experience. The best example is 15-year-old Aamilah Aswat. She lives on the street behind the stable and started riding at the age of seven. From the first moment, she loved it. Last fall she won a pony race at Lingfield under the supervision of her proud father.

“It was the best feeling ever,” she says.

She has shown such talent that she won a scholarship to the British Riding School in Newmarket, where she is learning to develop her riding skills. The purse is named after Khadija Mella, who two years ago won the prestigious Magnolia Cup charity race for amateur riders at the famous Glorious Goodwood festival.

“I hope that after school I will be able to work in a racetrack. My ambition is to win the Grand National! I really want to be a jockey, that’s the point.

She cannot thank Mr. Atcha enough. “Without Imran, I would never have had this opportunity. I am so grateful to him. I don’t know where I would be without this place. It has changed my life tremendously. Horses, animals and horse riding in general are very important to young people.

“As a Muslim girl, I came to learn more about our history and how many prophets rode horses. It is therefore very important from this point of view.

Mr. Atcha has another ambition: to ride Arabian horses on the sand dunes of the Middle East.

“I have never been there. The closest I have is riding on the beach in Morocco. I am also on YouTube the Bedouin equestrian master from Abu Dhabi Ali Al Ameri. I hope one day to meet him and learn from him.

Maybe, just maybe, her dream will come true. He deserves it.