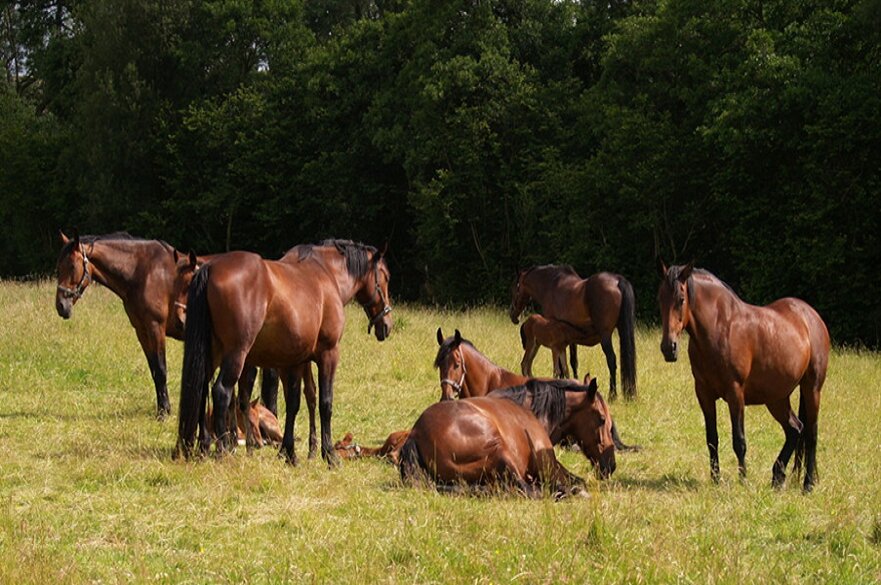 The study, involving researchers from Nottingham Trent University, focused on minimizing parentage between rare breeds by supporting breeders with historical information about the parentage of individual horses via their pedigree records.

The team, based at the university’s School of Animal, Rural and Environmental Sciences, say this work could be applied to other rare and endangered animal breeds to ensure their genetic status is maintained.

The work, which spanned nearly 20 years, has reduced the rate of inbreeding in Cleveland Bay horses from more than three percent per generation to less than 0.5% per generation.

In addition, the effective population size in the UK – which takes into account unrelated breeding adults in any population – has increased from 20 in 1994 to over 140 in 2020.

The consequences of poor breed and inbreeding management can lead to a variety of serious health problems in individual animals, including fertility issues.

Small animal populations, as well as larger unmanaged groups, can be in the throes of genetic regression, often due to a lack of easy-to-use selection aids that can help breeders to to take decisions.

A breed conservation and management system (BCAS) has been developed and offers breeding recommendations based on the horses’ genetic history. It offers breeders a simple red, amber and green system depending on whether the horses are related and need to be bred.

The Cleveland Bay is an original British breed born three centuries ago in the North East of England, where it was used both as a carriage horse and for working the land.

Since the end of World War I, the breed has undergone a substantial decline in numbers due to the modernization of transportation and the mechanization of agriculture.

By the 1950s he was on the verge of extinction, with only four purebred stallions remaining and is currently one of seven equine breeds listed as priority by the Rare Breeds Survival Trust.

The Cleveland Bay Horse Society published its first herdbook in 1885, containing retrospective pedigrees of animals dating back to 1723; this now results in a non-thoroughbred studbook dating back almost 300 years and spanning 38 generations.

The researchers argue that as a result of this work, the Cleveland Bay is now in a genetically sustainable position.

They say their population management tool could be applied to all captive species, from rare and endangered breeds to zoo animals and livestock.

“What we have created is like a family tree for the horses of Cleveland Bay,” said Philippe Wilson, researcher at Nottingham Trent University.

He said: “There are serious and growing concerns about genetic diversity in many breeds. Animals are bred for all kinds of business purposes and for particular traits and qualities, but once the genes are gone, they are gone forever.

“If we don’t have enough purebred individuals, or if a male in a small population breeds with many females for example, it can have a deleterious effect on genetic diversity.”

Dr Andy Dell, researcher at Nottingham Trent University, added: “All cattle must be registered by law and we have created a tool that uses pedigree records and the genetic status of animals to inform strategy. breeding. We have shown that this tool works successfully in improving the genetics of the endangered Cleveland Bay horse population and we can apply our system to other endangered breeds. “

The work, which involved the university’s School of Animal, Rural and Environmental Sciences, the University of Lincoln and the Cleveland Bay Horse Society, is published in the journal Ecology and evolution.

This document is subject to copyright. Other than fair use for private study or research purposes, no part may be reproduced without written permission. The content is provided for information only.