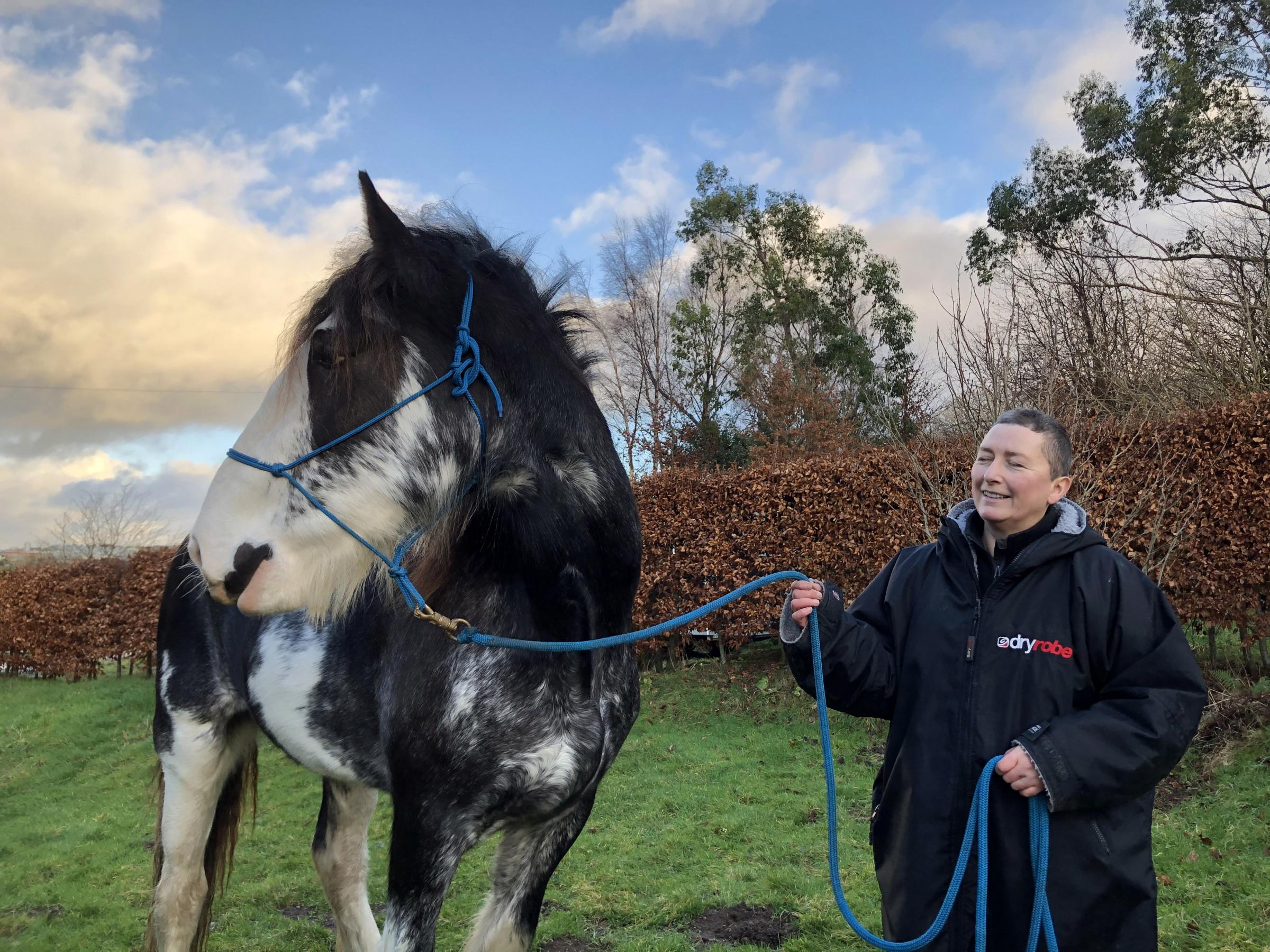 It IS Scotland’s most iconic and distinctive horse, a beast that fueled industrial and agricultural revolutions and helped win World War I.

Now, a plan to save the horse Clydesdale in his home country has been revealed in a new feature-length documentary from BBC Scotland which will air next week.

The film, Clydesdale: Saving the Greatest Horse, reveals how the breed enters the “vortex of extinction.”

Once exported from Scotland to the world, the current small size and relative isolation of the population has had an impact on its genetic diversity.

Classified as “vulnerable” in the UK by the Rare Breeds Survival Trust, urgent action is needed to stop its decline.

Award-winning designer from Glasgow and Clydesdale horse expert Professor Janice Kirkpatrick hopes to introduce new lines to the population and also develop a world-class center for the native breed in the Clyde Valley, where she started.

Professor Kirkpatrick said: “The Clydesdales are incredible athletes, graceful in their movements, but with great personalities.

“It makes you feel small and humble and incredibly privileged to be with them. I see them as the most amazing breed – a treasure trove of positive traits and characteristics that I’m passionate about that we shouldn’t lose.

“You only have to look at the genealogical books to see that it is decreasing.

“There are a lot fewer horses. Unless we act quickly, the whole race can just fall apart. It’s now or never.”

READ MORE: Those were the days – The meaning of the horse in Glasgow

The Clydesdale was the product of the race to create the biggest horses capable of producing the most power to fuel the agricultural and industrial revolutions.

Perfected in the Clyde Valley, the first recorded use of the name “Clydesdale” in reference to the breed dates back to 1826 at an exhibition in Glasgow.

The mighty draft horses were exported by the thousands to Europe and the world. Ms. Kirkpatrick worked with scientists in the United States to create a snapshot of genetic diversity and population health in the United Kingdom, North America and Canada.

The results show that the Scottish population decline is less diverse than that of overseas.

Geneticist Jessica Petersen, University of Nebraska, said: “The concern about the very small size of the Scottish population is true as the inbreeding estimates were generally a bit higher than those of horses in North America.

“It goes back to the small size of the population where there just aren’t many horses – you’re going to mate parents with parents whether or not you intend to.”

Ms Kirkpatrick said: “For the first time, we have definitive scientific genetic evidence that the Clydesdale herd in Scotland is endangered.

“Of all races, the Clydesdale deserves a future.”

The two-year documentary follows Ms Kirkpatrick as she travels to Canada to select a pregnant mare she named Jesse to bring back to her farm in Lindsayston in Ayrshire.

Together with her foal Snowy, she now has five Clydesdales, including a pure black American foal, with rare DNA, which she hopes will help deepen the Scottish genetic background.

The proposal would transform the disused stables of Pollok House into a center of excellence in animal genetics, which would include a farrier school, leather and metal conservation and craftsmanship, and a working ‘rare breed’ farm. . It would also include innovative ways to engage with visitors through equine therapy and horse-centered tours and experiences.

Ms Kirkpatrick, who is working with Glasgow City Council to implement the program, said: “The stables at Pollok Park are beautiful stables from the early 18th century, so they fit into the history of the Clydesdale. Pollok Park could be the thing that helps save the horse. It is the perfect place to give a bright future to our most powerful and beautiful rare breed.

David McDonald, the deputy head of the council, told the program the plans were “exciting.” He added: “The stable blocks of Pollok House and the park have been abandoned and mostly unused for many years, decades in parts of the building. There is so much potential behind it

story that this is something we should definitely support as a city.

Ms. Kirkpatrick adds, “I think I at least started the journey to help Clydesdale thrive again. I have a great conviction that others will join me. We must be proud of it and embrace it.