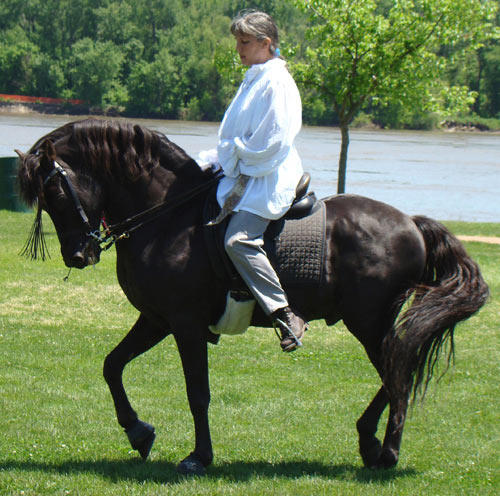 The famous founder of the Morgan horse breed is commemorated

The unveiling of a historic milestone dedicated to Justin Morgan, the founder of the Morgan breed, takes place Sunday in Vermont.

The marker can be found on the site of the house in which Justin and Martha Morgan and their family lived when they moved from West Springfield, Massachusetts, to Vermont in 1788.

“Many historians have claimed to have found the right location, but no one has been able to prove the location so far,” said Dennis Tatro of the Lippitt Club.

“All we know is that he settled on the Brookfield-Randolph border in the town of Randolph, Vermont. A 1790 census put him in Randolph, ”he said.

Tatro said that after a long search, he and his wife, Laura, found the location of Morgan’s house on Neighbor Road (formerly Fish Road) in Randolph. State of Vermont to Unveil a historic milestone on August 30, at 11 a.m..

A party is planned during which the road will be closed and trotting races will be organized, “as they did around 1796”. Log prints and reconstructions are also planned.

Tatro said races usually take place at a distance of forty rods (around 200m) and start in the blink of an eye.

Justin Morgan was a horse breeder, voice teacher and songwriter. He was the owner of a stallion named Figure, who became the founding sire of the Morgan horse breed. Morgan received Figure with two other horses as payment for a debt. As Figure got older, people began to recognize her skills in various fields. Figure has become a prolific breeding stallion; his descendants, still renowned for their versatility and friendly personality, became the first American breed of horses to survive to the present day. The figure’s grave is marked by a stone in Tunbridge, Vermont.

The Lippitt Club, founded in 1973, celebrates the Lippitt Morgan, the “old and unimproved model Morgan horse of 1790”. In the early 1970s, a small group of horses were identified as being as close as possible to the original Old Vermont Morgan horse. The horses chosen had a minimum number of known crosses with other breeds in the 19th century and no crosses with any other breed in the 20th century. Each of them also had a close cross with Peters Ethan Allen 2d 406, who was chosen as the “cornerstone” stallion for this Morgan family of horses.

The story of Justin Morgan was immortalized in the book Marguerite Henry, Justin Morgan had a horse, and a Disney movie of the same name.

Morgan died in 1798 and his original gravestone is housed in the Randolph Historical Society Museum. His burial place in the Randolph Center cemetery is marked by a more recent stone.

” Learn more about the Lippitt Morgan