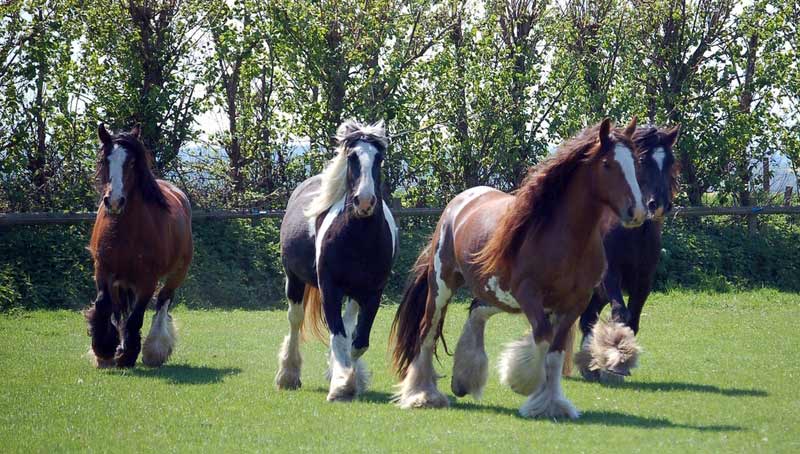 The growing popularity of the Gypsy Cob horse has meant that the main breed association office is moving to larger premises.

The head office of the Gypsy Cob Traditional Association (TGCA), established in 2005 by Andrea Betteridge, moves to Willowsway Country Estate, Stainton, Cumbria. The estate is also home to Willowsway Stud and Rehabilitation, which offers fitness and rehabilitation, livery, tuition and stud services.

The TGCA is the DEFRA approved breed association to hold the “Mother Studbook” for the traditional Gypsy Cob breed and as a Passport Issuing Office (PIO) in the UK and EU. He also holds an international studbook with registered horses and members around the world.

Hilary and Jo Waterhouse, manager and owner of Willowsway Stud and Rehabilitation respectively, have also joined TGCA as directors and will lead the new office.

“We have proven the breed’s versatility and its international popularity continues to grow. There are many new and exciting opportunities planned for our supporters around the world and I am proud to continue to be a part of the association ”.

Hillary Waterhouse said the on-site facilities at Willowsway Stud and Rehabilitation would be an asset in developing and hosting breed events and clinics in the future.

Through its herd book, the association aims to record old established lines and encourage responsible breeding practices, so that it can defend and develop the heritage of these horses while maintaining quality and type fidelity. ears as indicated in the breed standard.