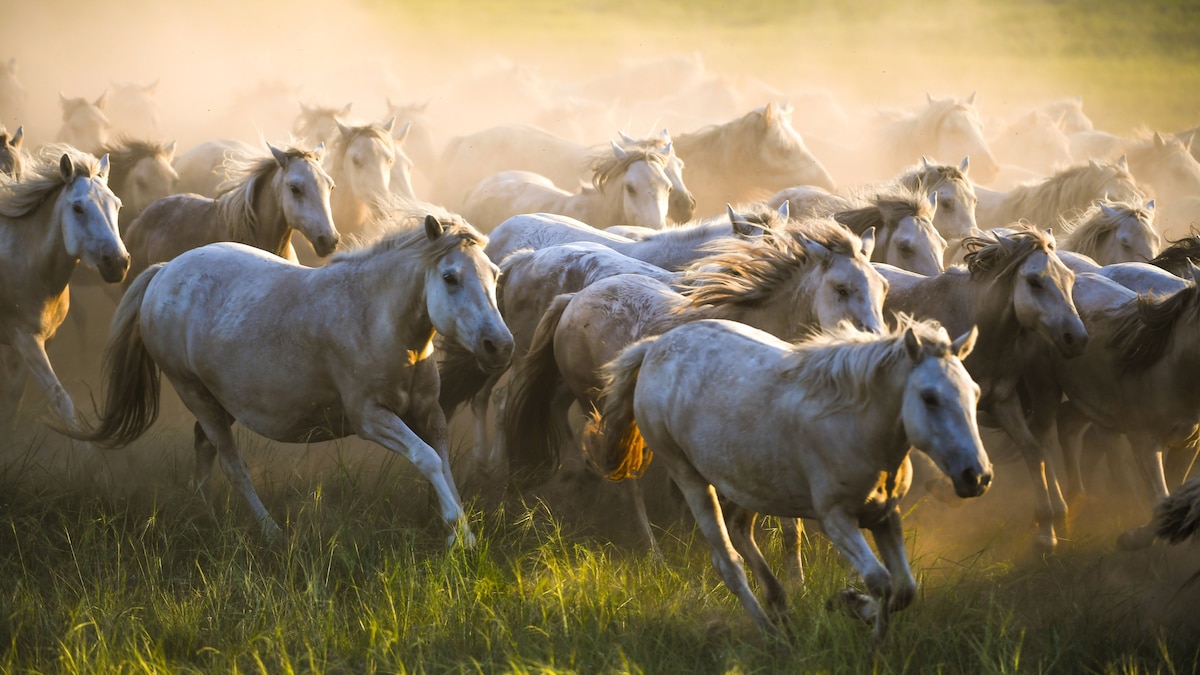 For thousands of years, horses have played a vital role in human societies around the world. These equines helped early farmers plow their fields, transported people further and faster, and gave warriors a competitive edge in battle. But experts have long wondered the deceptively simple question of the real origin of domestic horses.

It took a collaboration on two continents between more than a hundred scientists to find the answer: southern Russia.

The find provides strong evidence that at three main vying sites – Anatolia, the Iberian Peninsula, and the Western Eurasian Steppes – the latter is likely the birthplace of modern domestic horses, Equus caballus.

A region in southern Russia, near the intersection of the Volga and Don, stood out. The cattle ranching area already had indirect archaeological evidence of the domestication of the horse, but new DNA research now shows that modern domestic horses can be traced to equines living here between 4,700 and 4,200 years ago.

Because the inhabitants of the Volga-Don region bred horses for domestication and quickly began to migrate to new places with them, this new line of horses quickly spread from Western Europe to Asia. eastern and beyond.

The migration “happened almost overnight,” says Orlando, whose study was published on October 20 in Nature. “It’s not something that’s been built over thousands of years.”

“As they expanded, they replaced all the previous lineages that roamed Eurasia,” he says. The domestic horse we know today “is the winner, the one you see everywhere, and the other guys are kind of the losers.” (Learn how horses communicate with each other.)

Additionally, horsemanship and horse-drawn war chariots, which were common a few hundred years after the domestication of equines, changed the power dynamics between societies and likely further stimulated the spread of the new horse.

During the Bronze Age in Europe and Asia, around 5,000 to 4,200 years ago, people probably domesticated horses. E. caballus evolved from small horse-like grazers that roamed the North American prairies as early as the Eocene epoch (which began about 56 million years ago) and crossed the Bering Land Bridge in the later period glacial.

Archaeological and historical records suggest that suddenly, around 4,200 years ago, horse populations mysteriously increased across Eurasia. Has climate change enlarged grasslands and given more habitat to horses? Were people all over the world herding herds at the same time? Or did these domesticated horses share a common source?

It wasn’t until the last decade or so that the technology for testing ancient DNA from preserved materials such as bone and hair has been refined enough to investigate such broad questions.

For their research, Orlando and an international team of bone collectors scoured museums and archaeological sites, ultimately collecting enough material to test 273 individual genomes of horse remains found in Europe and Central Asia. By comparing the overall composition of genomes over time and space, they were able to determine when and where horse gene pools evolved. (Read about wild horses and their dwindling populations in the American West.)

Genetic maps have revealed a great diversity among horses domesticated about 5,000 years ago, which rapidly diminished when humans began to selectively breed animals for characteristics such as endurance, docility, and ability. to support human weight, thus creating genetic changes that led to the horse we know today.

Horses changed life on the Great Plains forever, shaping everything from hunting methods to social status. For Native Americans today, horses are an emblem of tradition and a source of pride, pageantry and healing.

The study “finally provides genetic evidence from horses that lived in [time frame] and the right region, ”says Vera Warmuth, a biologist at Ludwig-Maximillans University in Munich, Germany, whose research models identified Volga-Don as a potential source of domestication of horses over a decade ago.

“Our own work has predicted a rapid spread of this area, and this is what this article suggests as well,” Warmuth wrote in an email.

Eurasian communities already familiar with horses could have accelerated the expansion of the Volga-Don horse, says Kate Kanne, an archaeologist at the British University of Exeter who was not involved in the study.

“I think it happened quickly because this infrastructure was already in place and at least some people were familiar with horse breeding,” says Kanne.

As domesticated horses spread after the Bronze Age, humans traveled longer distances than ever before, resulting in an increase in trade and knowledge transfer between societies, as well as mobility. And when people moved, they took their horses with them, says Orlando. (Read how horses and dogs share a play language.)

He calls it “the first experience of globalization.” The world just got smaller because we had the horse.

For example, some of the earliest evidence for the domestication of horses comes from the Bronze Age Sintashta culture in southern Russia, where the discovery of horse remains, with ancient wheels, alludes to the importance of equines for transport. Not only that, but the timeline of human genomic evolution in parts of Eurasia closely mirrors that of horses.

“The history of humans is wrapped in the DNA of the horse,” says Kanne. The relationship between people and their horses is “really interesting to me … it tells the story of our two species in DNA.”