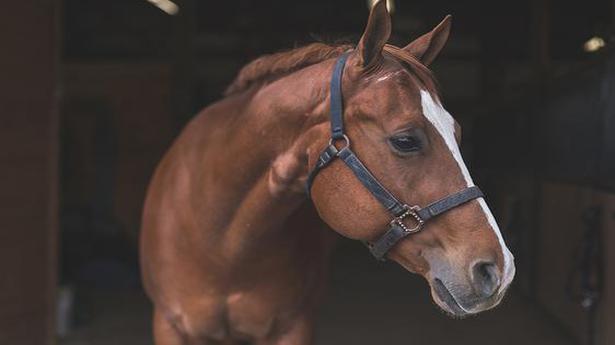 A recent report in Nature by Ludovic Orlando and his group from Paul Sabatier University in Toulouse, France (P. Librado et al., Nature 598, 636-642; 2021) was able to collect bone and tooth samples from more than 2,000 ancient specimens from those regions where domestic horses may have originated, namely in the Iberian Peninsula in the southwest corner of Europe, or in the far west of Eurasia (Spain and its neighbors), Anatolia (which is modern Turkey) and the steppes of Western Eurasia and Central Asia. As Tosin Thompson writes in his commentary on Nature From October 28, 2021, Dr. Orlando’s team analyzed the complete genome sequences of approximately 270 samples from these regions, and also gathered information from archeology. In addition, they also dated the radioactive carbon-14, which decays at a fixed rate, to determine the age of these horse samples. These collective data led them to decide that until around 4,200 BCE, many distinct horse populations inhabited various parts of Eurasia.

Around 2200-2000 BC. These horses were bred by breeders from these countries to sell them to countries that demanded them. Horseback riding became popular in these countries around 3300 BCE, and armies were built using them, for example, in Mesopotamia, Iran, Kuwait and the “Fertile Crescent” or Palestine. Thompson notes that the first wire-wheeled chariots appeared around 2000-1800 BC.

Now, when did the horses come to India, and were they nationals or foreigners? Was the horse from India? The answer seems to be no ‘. The “World Atlas” says that the only animals native to India are the Asian elephant, the snow leopard, the rhinoceros, the Bengal tiger, the sloth bear, the Himalayan wolf, the Gaur bison, red panda, crocodile and peacock and flamingo birds. The ThoughtCo site quotes, in the article ’11 domestic animals native to Asia’, lists the antelope, the Nilgiri tahr, the elephant, the langur, the macaque monkey, the rhino, the dolphin, the Garial crocodile, the leopard, bear, tiger, bustard (heaviest flying bird), squirrel, cobra and peacock. So, it seems clear from these sources that the horse is not originally from India. Horses must be entered into India through interregional exchanges between countries. The Indians may have traded their elephants, tigers, monkeys, birds to their neighbors and imported horses for our use.

So when did India get its horses? Wikipedia points out that remains and artifacts related to horses have been found in late Harappan sites (1900-1300 BCE) and that horses did not appear to have played a critical role in Harappan civilization. This contrasts with the Vedic period, which is somewhat later (1500-500 BCE). (The Sanskrit word for horse is Ashwa, which is mentioned in the Vedas and the Hindu scriptures). These are around the end of the Bronze Age.

It should also be noted that two recent scholarly books, one by Tony Joseph, titled “Early Indians: The Story of our Ancestors and Where we Came From”, and the other by Yashaswini Chandra, titled “The Tale of the Horse “. Dr. Joseph’s recent article in December 2018 in First post examines the evidence for “Aryan” migration to India. This would suggest that the horses found in India were from the “Stans” mentioned above.

And Dr Yashaswini Chandra’s post in The imprint of January 17, 2021 suggests that native Indian horses disappeared around 8000 BCE.

Perhaps the clearest analysis of the debate comes from an article by historian Michel Danino of IIT Gandhinagar. He writes in his article entitled “The horse and the Aryan debate”, in the Journal of Indian History and Culture, 2006, 13: 33-59 September, and in the book “History of Ancient India” in 2014, that archaeologist Sandor Bokonyi studied samples of horse teeth from Balochistan dating from the pre-Harappan era of Allahabad ( 2265-1480 BCE), in the Chambal Valley (2450-2000 BCE) and the upper molar specimen from Kalibangan, and concluded that they were from real domesticated horses. These articles by Professor Danino put an end to several conflicting claims regarding domestic horses in India, and we are grateful to him for that.

Given this background, it will be interesting to check whether there are any remains of horse bones, teeth or skulls in the Harappan sites, and perform DNA sequencing on them, just like the Orlando group did it in their Nature article on Eurasian samples.